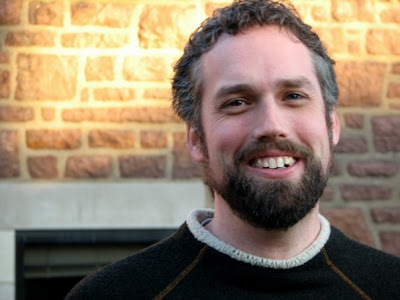 photograph by Corinne Wohlford Taff
Today I'm very pleased to announce a new feature on our site:  The Rural Poetry Series. Our aim with this project is, most importantly, to share outstanding new poetry with our readers; given the nature of our site, these poets also share connections to the issues we've been discussing. There is a rich and various body of contemporary poetry that considers rural america--its heritage and its modern dimensions--though editors and reviewers rarely place an emphasis on what these poets are telling us about life beyond the cities and suburbs of our country. If you visit your local bookstore, take a look at the poetry section: you'll see poetry anthologies for every possible grouping and category, yet no publication that considers "rural American poetry" (or some such thing) exists. We are working, by beginning this series, to correct this omission.
We are honored to present below our first poet in this series, Shane Seely, the author of The Snowbound House, which won the 2008 Philip Levine Prize For Poetry and was published last year by Anhinga Press. Mr. Seely is a Senior Lecturer in the English Department at Washington University in Saint Louis and a native of northern Pennsylvania: an area of the state "known for having more deer than people," he told me, a county the size of Rhode Island with only two red lights. His grandparents on both sides of his family were dairy farmers, and The Snowbound House speaks to the kind of meditative knowledge that comes from his experience working on these dairy farms and from his own evolving sense of the significance of this place, and this community.

Speaking of his poem "The Beech Nut," Mr. Seely offered some insight into the agricultural history of the region:


When he was a young husband and father, my grandfather moved his family from western Ohio to northern Pennsylvania. His brother and his brother's family joined them. My mother was a small child at the time. Western Ohio is flat and gridded; northern Pennsylvania is ridged and hilly, covered with hardwood forest. The area was settled by the timber industry, and any farmland must be claimed from the ever-encroaching forest. The pastures of my grandfather's dairy were carved out of the woods and draped over the steep, rocky hills.

"The Beech Nut" appears in The Snowbound House and was originally published in University of Nebraksa-Lincoln's Prairie Schooner, one the finest journals in this country. The poem is reprinted in the following post.
Posted by Matthew