Hazel Dickens And The Boiled Down Juice 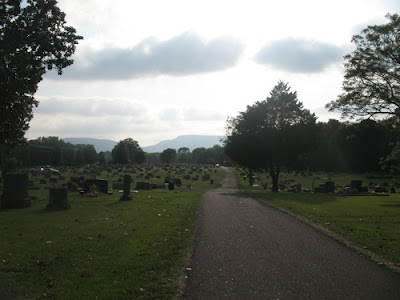 Decoration Day at Brearly Cemetary, Dardanelle, Arkansas 2011; Boiled Down Juice
Two weeks ago I had the opportunity to join a group of artists, writers and folklorists at the  Meadowcreek center in Arkansas, where we spent a weekend sharing ideas and thinking about how our respective disciplines can work together to help sustain our local communities. I left those conversations with a notebook full of connections and links, and I'd like to begin to share some of this material today by offering a site that many of our readers will be very interested in perusing: The Boiled Down Juice:


Based largely in central Arkansas, this blog is intended as gathering space for conversations at the intersection of community traditions, community-based action, intergenerational dialog and research, human-rights based action, and folklife studies. To make it short, a place to discuss the intersection between sustaining community traditions and positive community-based chance and action. [continue reading here]

This site is edited by Meredith Martin-Moats, a folklorist, journalist, radio producer and staff member at the Pryor Center for Arkansas Oral and Visual History. As with all of the people I had the privilege of meeting at Meadowcreek, Mrs. Martin-Moats is the image of a modern and forward-thinking folklorist; she not only gathers information and stories, but works through various media in an effort to re-invest that material in the local community. After talking with her at Meadowcreek, and spending time on The Boiled Down Juice, it's clear that those of us in the worlds of writing and the arts have a lot to learn--and lot to consider--in how we relate our work to the communities outside our galleries and offices.
Whether or not we come from one of those environments, there's a lot to discover on The Boiled Down Juice--and I would first point folks towards Mrs. Martin-Moats's outstanding remembrance of Hazel Dickens that aired recently on the Arkansas NPR Program Ozarks at Large; it can be heard here. The radio piece puts Ms. Dickens's life alongside her music, and it's a moving tribute to an artist who worked through song and activism to affirm the value of human life.
There's much more to explore on The Boiled Down Juice, but one project that fits with the ethic of the site--and points to how the "rural diaspora" can engage with their home places--is Mrs. Martin-Moats's weekly column in her home newspaper in Dardanelle, Arkansas. Though she is currently located in Little Rock, her column hopes to create discussions within Dardanelle and also beyond. This work is  also re-published on The Boiled Down Juice.
Here's an excerpt from a recent piece on local Decoration Day events in Dardanelle, which the editor later linked to subsequent posts that expand the narrative:

The all-day tradition of dinner on the grounds and community singing had died out by the time I was a child, but there was still a great deal of visiting, especially at Harkey’s Valley. First we’d decorate the graves with bright, silk flowers, sticking the stems into the soft, red clay near the headstones. Once all the family plots were bright with color and blooms, the adults would unload the fold-out chairs and sit around reminiscing about the people buried nearby, great grandparents, aunts and uncles who became mythical figures in my childhood imagination. I’d sit and listen to the stories awhile before heading off with my cousins to chase lizards and explore the older tombstones at the edges of the cemetery.
Because of my family’s stories, I felt like I knew the family buried there, even if they’d been dead for decades. And while I didn’t fully grasp it at the time, Decoration Days helped me to understand, from a very young age, that death wasn’t scary or strange but was instead a fundamental part of being human.

In closing, I'd also like to highly recommend the extensive Links and Blogs section. These websites expand the discussion and can lead to some tremendous connections (like the Iowa Roots public radio series, just discovered thanks to The Boiled Down Juice).
Posted by Matthew