Art & Identity in a Not-So-Rural Corner of Arkansas 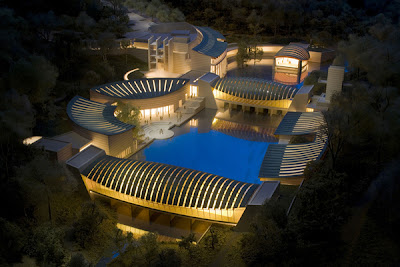 
Last week, the New York Times published an article entitled "A Billionaire's Eye for Art Shapes Her Singular Museum." The story is that of Crystal Bridges Museum of American Art and its benefactor Alice Walton. Two things struck me as I read the NYT piece. First, "I can't wait for this place to open; I've got to see that Andy Warhol screen print of Dolly Parton," and shortly thereafter, "Bentonville, rural hamlet, really?" This created a desire in me to deconstruct the article as much for myself as for others. What will it really mean for Northwest Arkansas, the broader area in which Walton is king, or in this case, queen, and what is the broader context socially and culturally?
As one good friend related to me earlier this week, “anyone who has sat in Bentonville traffic for 45 minutes trying to drive 2.5 miles like I did last Wednesday would argue that it is far from a rural hamlet.” In fact, Bentonville is, indeed, far from that. While 2010 census lists the official population as 35,301, it is in fact part of the Northwest Arkansas Metropolitan Statistical Area with a population exceeding 465,000 people, and those figures do not take into account the number of Wal Mart executives and other business people that fly in and out of the Alice Walton Terminal at the Northwest Arkansas Regional Airport built to accommodate them there in Bentonville. These folks live in Bentonville on a temporary basis, and it also excludes the many employees at the headquarters for America’s Largest Retailer that live in the surrounding towns in Northwest Arkansas, commonly referred to as NWA.
In that region, there is the largest university in the state (The University of Arkansas, home of the Razorbacks), the international headquarters for Wal-Mart, Tyson, and of the trucking magnate J. B. Hunt. In addition, there are several museums and one spectacular venue, The Walton Arts Center in Fayetteville, whose creation was a partnership of public and private interests, but was funded in large part by the Walton Family, hence the name. While the venue offers world-class performances of ballet, theatre, and everything from The Peking Acrobats to The B-52s, many in town saw, and still see, the Center as a gentrification of Dickson Street, Fayetteville’s historic source for live bar music and entertainment including performances by many local musicians. The reaction by local citizens has been a “Keep Fayetteville Funky” campaign. Now that we’ve demystified Bentonville and Northwest Arkansas, what of its residents and in particular Ms. Walton of Crystal Bridges? 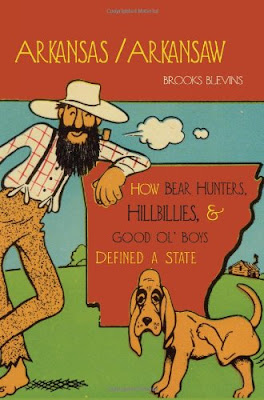 Arkansas is conscious of itself, perhaps overly conscious. Brooks Blevins, an Arkansas native and resident and the Endowed Associate Professor of Ozarks Studies at Missouri State University has penned what I consider the two best books on the social and cultural history of Arkansas, Hill Folks: A History of Arkansas Ozarkers and Their Image and Arkansas / Arkansaw: How Bear Hunters, Hillbillies, and Good Ol’ Boys Defined a State. The latter, in particular, gets to the heart of the New York Times piece on Walton and Crystal Bridges and its context. Blevins’ premise is that Arkansas and its residents have been caricatured for so long that “defensiveness is part of our cultural inheritance:”

there seems to be no scientific way to quantify the level of stereotyping to which Arkansas has been subjected in comparison with other states, southern and nonsouthern, but the general consensus around the Natural State is that Arkansas was at some point in the murky past singled out and given a special place in the American consciousness.

Those stereotypes are predominately negative. “Arkansawyers,” the historic term used by natives according to Blevins, are often seen as isolated, poor, and primitive and the image of Arkansas as portrayed in the media and absorbed in public consciousness is one of “violence, ignorance, shiftlessness, laziness, with generous doses of racism, moonshining, clannishness, inbreeding, barefootedness, floppyhatedness, and general cussedness.” Blevins points to a revelation saying that “developmental psychologists refer to this experience as the ‘yee-haw’ moment—the level of consciousness one must achieve to understand one should be offended by the ‘Beverly Hillbillies,’ even though one may not be." There are different reactions to such characterizations and, in large part, according to Blevins, they are based on socioeconomic status. The concept of rising above Arkansas’s image is engrained in many. It sounds humorous at first, but not only does this phenomenon ring true to the culture of the state, and I think many other rural states and communities, as a whole it is also evident in the singular case of Walton and her art museum. Blevins writes:

They have represented the forces of “progress” in Arkansas, this least aristocratic commonwealth of the Old South, a land of mudsills not masters, none of us needs scale too many branches of the family tree to find bare plainness, and those who’ve fought tooth and nail to trade rickets for Rotary have been acutely sensitive to this historic progression. Motivated by their own progressive impulses and perhaps by the hayseeds too recently combed from their hair, they have rejected both the romantic’s embrace of the Arkansawyer’s eccentricity and cussed traditionalism and the outsider’s reductionist tendencies to identify all people of Arkansawyer.

In Arkansas, it doesn’t get any more aristocratic than the Walton Family.

What must it have been like for Alice Walton, “billionheiress,” to be from Arkansaw? Surely, this consciousness of place has followed her throughout her life. While I have no background in big business, indeed, my pursuits could probably best be described as the antithesis of big business, I can sympathize with wanting to reshape the image of our native state, and I can certainly understand why it would be important for Ms. Walton to extend herself through philanthropic efforts to counteract the view, held by many, that the company that has provided the funds for her giving destroys community business, mistreats its employees, is discriminatory, and harmful to rural life and culture. 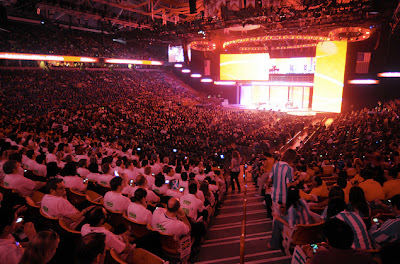 2011 Walmart Shareholders Meeting at the Bud Walton Arena, Fayetteville, Arkansas
In addition, the over 1 billion dollars that Walton and the family’s foundation have pumped into this project, not including the land on which it sits offers a considerable tax write-off for the family fortune estimated by Fortune magazine to be some 90 billion dollars in 2004. According to ARTINFO, in their in-depth discussion of recent coverage of Crystal Bridges, there was tax legislation created to specifically benefit the Waltons and their significant contributions to Crystal Bridges:

In fact, the law in question, Arkansas Act 1865, very, very clearly is meant to exempt Walton's museum specifically: It provides, and we quote, "Sales tax exemption for purchases by a 'Qualified Museum' for construction, repair, expansion, or operation," with "Qualified Museum" defined as an institution with "a collection with a value greater than $100,000,000 in an Arkansas facility prior to January 1, 2013."

The Walton Family has a long history of “investing” in cultural initiatives, almost exclusively those considered to be high art, around the country and in Arkansas. Like most things in the Natural State, I’m sure the motivations for these initiatives are complex. Is the museum simply a Walton showpiece, an overcompensation for the “bare plainness” of their roots as Blevins called it, a tax dodging scheme, and/or a genuine love of art and community? The opinions of the residents from NWA about Crystal Bridges are mostly positive. While some doubt the lofty goal described by Walton in the New York Times piece of making Crystal Bridges and “international destination for art lovers,” many emphasize the educational benefit to the region and the spacious grounds and trails on the museum’s site.

Ellen Compton, whose family owned the land where Crystal Bridges now sits, before the Waltons purchased it from her father after a newspaper article had recounted the discovery of a “satanic altar” on the grounds and a follow-up visit by an anthropologist brought it notoriety, wrote.

Everyone I know who lives in Bentonville is more than enthusiastic about Crystal Bridges.  It is a huge topic and the opening is eagerly anticipated.  Also an everyday question is - how much of it will be ready by the opening?  But they seem to have faith. It is going to be Great and Good.

However, at least one small group questions the intent of Walton and Crystal Bridges. In response to my query, Fayetteville resident, David Orr wrote:

I see this as a repeat of the growth of Texas art museums in the 20th century. When Texans struck oil they built their mansions and bought their luxury cars and built large cities. At some point the millionaires decided they needed fine art museums, too. I believe it is rooted in feelings of inferiority, but it's their way of telling the world that ‘we got culture, too!’

But I find it almost absurd how much they're dumping on this vanity project. It is an overwhelming anachronism, a billionaire's personal art collection in a gigantic building, worthy of the world's largest big-box retailer, plopped down in a remote corner of one of the nation's chronically poorest states. If she really wanted to do something with her billions for her community--the broader community, outside the Wal-Mart home office parking lot--she could have invested in art programs in schools, or build up the art department at UA. Do things that are appropriate to the setting.

Of course there is no way to know, why this? Why there? Why on this grand scale? The museum is set to open in November this year. A quick browse of the museum’s permanent collection pieces offers a peek into the curatorial process of collecting and displaying Walton’s vision of American Art, and, at least to me, surprisingly and pleasantly, it consists of many pieces that are seemingly rural or at least depict rural life.
Posted by Matthew