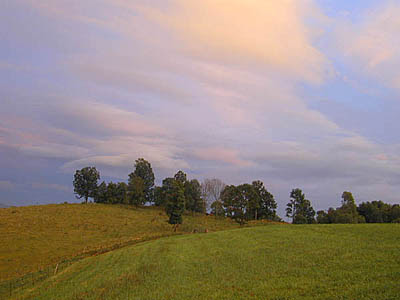 I recently discovered the 2005 documentary The Madison County Project: Documenting the Sound on Folkstreams, an excellent and richly-exhaustive site that "streams" new independent documentaries as well as rare out-of-print films about folklife and rural culture. Here's a word from Folkstreams:


Madison County Project: Documenting the Sound examines the tradition of unaccompanied ballad singing in Madison County, North Carolina and how both documentary work and the power of family and community have influenced that tradition. The film focuses on John Cohen and Peter Gott's film and recording work in Madison County in the 1960s as well as the voices of today's ballad singers such as Sheila Kay Adams, Donna Ray Norton, Denise Norton O'Sullivan, and DeeDee Norton Buckner. The film is a joint project between two graduate students at the University of North Carolina at Chapel Hill. Part of the project is to create a more transparent form of documentary that invites participation from those featured in the film, advisors, and the general public.


While this short film tells a compelling story and captures both the gravity and joy of these ballads, it also discusses the rift Cohen and Gott experienced after these singers they had befriended found themselves on Folkways records and began to distrust the recording process. Though this film covers the history of the Madison County ballad singers, it also reveals how their descendants are discovering the economic (as well as the cultural) value of this tradition. It's a shining example of the role the arts can play in community sustainability.

The Madison County Project's official site is also well-worth visiting. Further videos and interviews are contained therein, as is an interactive time-line of the ballad tradition (from 1300 to 2009!) and biographies of the singers.