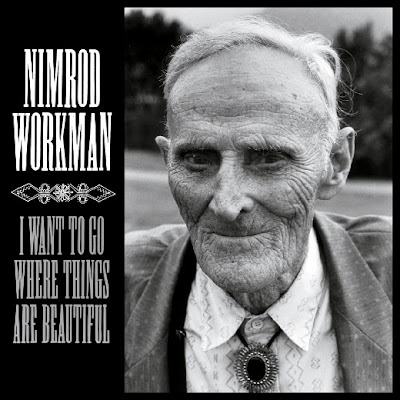 In one of our first posts, we mentioned Lance Ledbetter and his Atlanta-based label Dust to Digital. He's among number of folks, many from the younger generations, who are using modern technology and audio production to reclaim and share traditional music with new audiences. Say what you will about how the digital age has cheapened political discourse, made our lives more impersonal and lowered our standards for how we listen (and value) music, but it's been a miracle that has saved and restored many recordings.
Nathan Salsburg is another person doing absolutely invaluable work. While he's the production manager, digital catalog editor, and photo and video archivist for the Alan Lomax Archive (see our post on Cultural Equity) he also edits the amazingly rich Root Hog Or Die blog which he describes as "a directory of online concerns offering indigenous, local, traditional, site- or people-specific music." All of the sites he highlights contain full songs, most offer the songs free to download, and all of them can at least be heard in streaming fashion. You can check out his weekly Root Hog Or Die Radio Show which broadcasts over the internet on East Village Radio.
He also curates the Twos and Fews imprint, which is distributed by the always-wonderful Drag City label. I first came across his work after they released Nimrod Workman's I Want To Go Where Things Are Beautiful. It's a stunning record of songs by this legendary Kentucky singer and mining activist (reviewed here in Pitchfork) and, as with the releases on Dust to Digital's Parlortone arm, its also available on vinyl. In a similar vein, he's also written reviews and compiled playlists on E.C. Ball, Charlie Louvin and others for the online magazine Smoke. More or less, if you follow the strand of links associated with his projects you'll get a crash-course in the way that technology is making it easier for audiences to both locate this amazing work and have a personal and profound relationship with the music.
Mr. Salsburg is also a musician. Here he is performing Dave Van Ronk's "Tell Old Bill" with a fellow native of Louisville, Will Oldham aka Bonnie "Prince" Billy.
Posted by Matthew