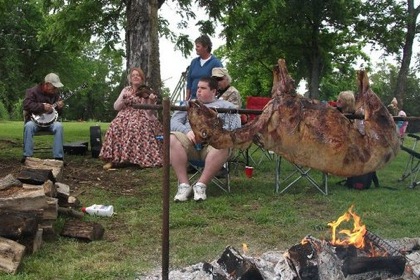 This article also appears in different form in The Daily Yonder.

I’m a folklorist. My work hinges on cultural traditions. In particular, my research and practice focus on a holistic approach to culture that includes cultural, economic, spiritual, and ecological factors and seeks to counteract those aspects of American society that lead to the dissolution of community life. I’m consumed with this stuff. I’m currently working on a dissertation on the topic and have many locally adapted cultural projects in my own community, Oregon County, a large geographic area in the rural Missouri Ozarks with a dispersed population of around 10,000 souls.


My husband, Mike, also a folklorist, shares my interest and passion for supporting strong community life. We actually split our time between our small farm in Couch, Missouri, and the closest university town, Jonesboro, across the Arkansas line. Each week, we make the two-hour trek from the Missouri Ozarks to the Arkansas Delta (and back) and often talking about issues of cultural sustainability as we make the drive. We pass over the Black River, a geographic and cultural divide between the Delta and Ozarks, often saying over and over again with our three-year-old son, “Delta, Delta, Delta, Delta…Ozarks, Ozarks, Ozarks…” when we pass over the bridge. The towns of Jonesboro and Pocahontas, Arkansas, have the universally familiar Walmarts and McDonalds, but there are many more markers along the way that speak much more of place, such as the café at the cattle sale barn or the Mennonite grocery in Dalton with peacocks strolling out front. We always check the water level when we hit the Eleven Point River, one of the nation’s few remaining wild rivers, and observe the progress of the renovation of the Rice House, believed to be the oldest domestic log structure in the state. When we get home to Couch, there’s no cable; there’s no broadband, no Cracker Barrel, and certainly no Starbucks. My weekends are spent trying to organize local food producers, teaching fiddle lessons, and trying to catch the Friday night jam sessions at Juggbutt’s, the county’s only coffee shop and the closest Wi-Fi hot spot.


Perhaps this is why I was so taken aback when I discovered the “culture” tab on the Patchwork Nation website. 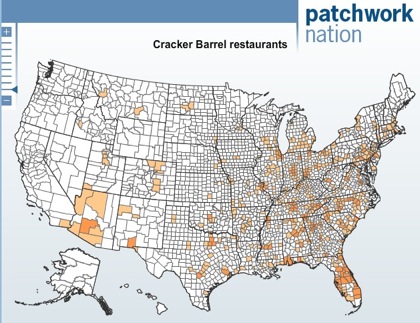 The map is an interactive visual manifestation of the book, Our Patchwork Nation, written by Dante Chinni and James Gimpel, two journalists with academic credentials, though neither seems familiar with the established field of cultural geography. The book came from a desire by the two authors to offer a more in-depth understanding of America leading up to the Presidential elections in 2008, one that would go beyond the over-simplification of Red and Blue states. There’s some very useful information in both the book and on the map. In fact, I used the food desert map on the site for a grant application about a month ago.


Still, as a cultural worker, I’m disturbed by the categories presented by the authors in describing and categorizing American culture. The map offers the following categories: Walmart locations, Neiman Marcus—Saks stores, Casino Locations, Counties with Cracker Barrel Restaurants, Cracker Barrel Restaurants, Whole Foods, Counties with Whole Foods Outlets, and Gun Shops and Dealers. Perhaps most alarming to me is that this model defines American culture solely as being consumption in a market economy. Secondly, it defines American culture as predominately corporate, only gun shops offer the possibility of being independently owned. Ironically, these categories grossly over-simplify culture in the same sense that defining it as Red or Blue would. It’s culture. It’s complicated. The whole country’s complicated. With millions of dollars in funding from the Knight Foundation and the backing of the Corporation for Public Broadcasting, I expect more on the culture tab.

The book offers the addition of Starbucks and some statistics on various religions, which at least the religion section moves toward identifying over-arching cultural themes, which I believe is the goal. I haven’t quite been able to make sense of how where a corporation decides to put a box store might offer any explanation or understanding of the culture of a place, region, or nation as illustrated in the Patchwork Nation’s map. 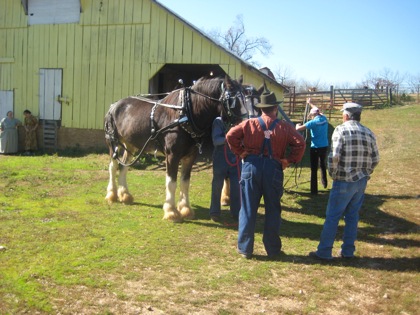 On these drives that I referred to earlier, Mike and I have often talked about what a useful cultural atlas would be for our county or even our region. It usually involves layered transparencies, where a reader would be able to compare settlement patterns, language, music, native populations and plants, crop domestication, etc., with the idea that you could layer the cultural aspects of places and determine, for instance: how much fiddle music is being played today, in the Eleven Point Watershed, where the Osage used to hunt for deer. What percentage of the folks there today live under the national poverty line and for how long? Where do most of them go to church or do they? Do they have broadband? Where’s their nearest hospital? What do they do for work or recreation?  What else do they make and do?


There are many ways to identify both specific aspects of culture as well as to identify larger regional and national cultural connections. This online map both frustrates me in its ineptness to do so and presents the challenge to us as lovers, students, and doers of culture to imagine what the digital manifestation of a useful cultural atlas could and should be. In some ways, something as ridiculous as identifying the number of strip clubs per county in America would offer more insight into American culture than the number of Starbucks. To that end, here’s the start of my list:

My suggestion is that categories would be measured on the county level and per 10,000 residents. I’m convinced that we should consider factors which influence cultural practice and that we should also consider aspects of culture beyond those that are consumable to truly identify cultural patterns that would not only aid politicians or those tracking political persuasions but also help us as Americans understand our culture and the changes that are currently taking place in our cultural landscape. I also attempted to consider cultural markers from rural, metropolitan, and suburban places.


Much of the information found in Our Patchwork Nation could and should be utilized in the section on culture. Foods, Hardship, Education, among others, directly influence the culture of a place, region, and/or nation. If there was a way to combine search criteria, and digital layering, this resource would be even greater. As it is, the Patchwork Nation’s cultural map indicates that counties like ours, and so many others in rural America, have little to no culture. We only have one Walmart. We, of course, know this is a fallacy. The majority, by far, of counties in our country are rural and rich with culture of all types and persuasions. I’d be interested to know what defines the culture of your place. What would you like to see mapped?
Posted by Matthew