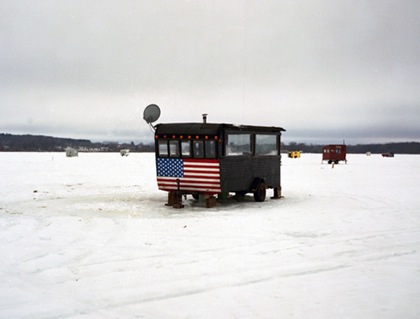 a selection of a photograph from the Places project; Jason Vaughn


Carl Corey, the photographer behind the Wisconsin Tavern League project we recently discussed, suggested the work of Jason Vaughn, a photographer whose work meditates almost exclusively on the range of experience to be found in rural place. We're thankful for Mr. Corey's tip, and we'd like to share a few of Mr. Vaughn's images and projects below.

Particularly in light of yesterday's coverage of the fiction series featured on the Places journal, folks will notice that we are in the presence of a photographer who is not interested in playing to the extremes of rural representation--either camp pastoral imagery or overdetermined social commentary. In company with the mission at Places, Mr. Vaughn's work can often suggest ways that the rural is in conversation with urban America and its mass-marketed culture.

The example that best fits this perspective is the photographer's current Hibernation series:

Hibernation is a new series of photographs inspired by Wisconsin Dells, the "waterpark capital of the world" which goes through extreme cycles of desolate winters and thriving summers. Moving through the seasons, the images show how people perform their own rituals of hibernation. The visual motifs echo the themes of each season: activity in summer, preparation in autumn, isolation in winter, and emergence in spring.

What interests me about this project is that Wisconsin Dells (as readers from that great state will attest) markets itself as an amalgam of extreme watersports, all-American summer destination, and rural retreat. I'm fascinated by how, in this kind of ecological boom-and-bust cycle Mr. Vaughn describes, we see a mirroring of economies (and farm economies); I don't have the population numbers at hand, but I sense that, after Labor Day, the population density of the Dells might veer upon the status of "non-metropolitan," or rural.

Selections from the project can be found below; please visit the Hibernation section of Jason Vaughn's site for larger, high-resolution representations of these images. 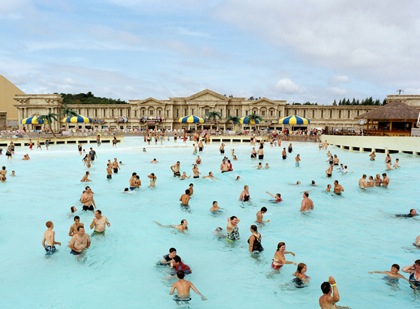 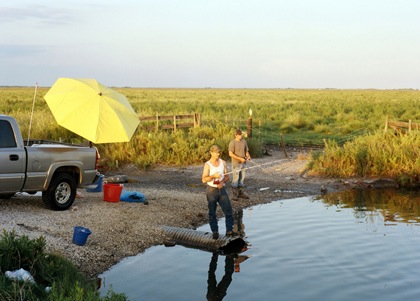 I highly recommend a visit to Jason Vaughn's site; he's also at work on a Portraits and a Places series. Mr. Vaughn is also in the early stage of Wrestlers, a project that tells the story of "amateur WWF-style wrestlers in West Virginia." The image below seems to also ask for a consideration of how professional wrestling culture is composed of a stew of ideas and emotions, like the Dells, that play on a nexus of patriotism, sports culture, and a sense of rural self-reliance. I hope to share more of Mr. Vaughn's work as this project develops. 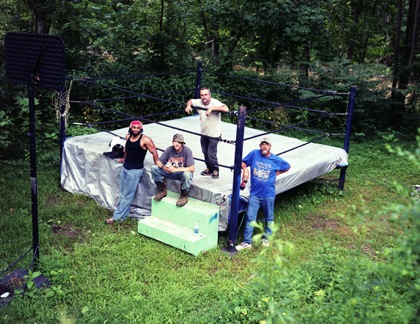