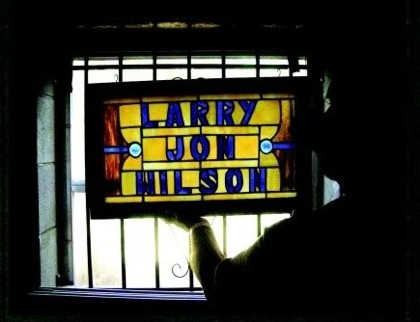 
On the fringe of the 1970's outlaw country movement, and the progenitor of country-funk, Larry Jon Wilson's crafted one of the most unique catalogs of work over his four decades of recording. Below we'll include a song / documentary clip from Heartworn Highways that captures Mr. Wilson in his element. Much more information on Larry Jon Wilson can be found at this fan page; Stephen Deusner spoke to the artist in 2009, just before his death, and this interview can found here. At the center of this interview is a discussion about the excellent self-titled album Drag City Records released that year; along with Larry Jon Wilson's legendary Document recordings, this later collection of songs and covers is essential listening. Many, many thanks to Mike Luster for introducing me to Larry Jon Wilson's music earlier this year.