Gasland & The Language Of The Natural Gas Debate 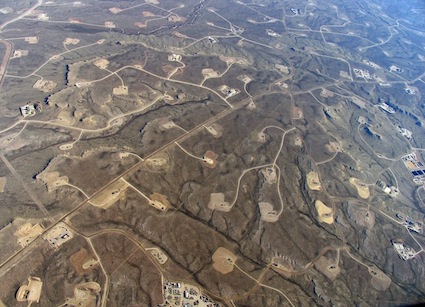 
Documentarian Josh Fox is currently at work on a sequel to his much-discussed film Gasland, a second chapter set to debut on HBO later in the year.

In the interim, Fox has produced a fascinating and urgent short film focusing primarily on the rhetoric of the fracking debate, and its effects on current considerations by New York Governor Andrew Cuomo to allow fracking near the aquifer that brings drinking water to millions of New Yorkers. Beyond the particulars of discussions, and arguments, over the practice of natural gas drilling, this film presents a metaphor for how public discourse, and its access to information, can be manipulated by special interests -- while the media, in efforts to appear impartial, suggest that this lobbying constitutes a serious scientific form of "debate" on a topic.

The film is available for viewing below. Folks may also be interested in this spirited exchange between director Josh Fox and Andrew Revkin in The New York Times: