Readings: The Unreported Arts Recession of 1997 by Dudley Cocke 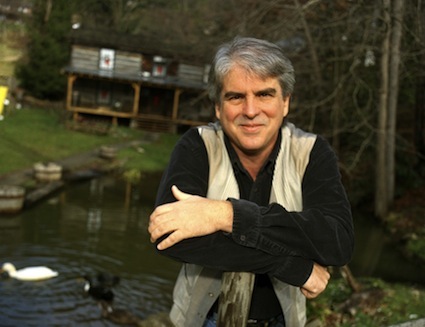 
In our Readings series, we offer selections from visual and printed texts that offer perspectives, expand dialogues, and challenge assumptions. Today we feature the opening paragraphs from "The Unreported Arts Recession of 1997" by Dudley Cocke, the Artistic Director of Roadside Theater at Appalshop.

Please find the full text of this essay in Roadside Theater's Reading Room.

In the U.S. community-based arts field, the financial crisis did not occur in 2008, but in 1997. What happened then to those nonprofit arts organizations built for the majority of Americans is an unreported story, the consequences from which the field has not recovered.

The story of the 1997 arts recession begins in 1980 when the right wing, spurred on by Ronald Reagan's election, instigated a campaign to defame the National Endowment for the Arts. The ultimate goal was complete elimination of the federal agency established in 1965 by an act of Congress with the mandate to dedicate itself "to supporting excellence in the arts, both new and established; bringing the arts to all Americans; and providing leadership in arts education." The Reagan administration and Congress tried but failed several times in the 1980s to eliminate the NEA. Then in 1997 the agency's leader at the time, Jane Alexander, knuckled under to right wing political pressure, abolishing all of the NEA's more than a dozen discipline-based divisions (each of which had been armed with its own defense), installing in their place a few generic themes ("creation and presentation" is an example), and limiting organizations to one thematic application a year. 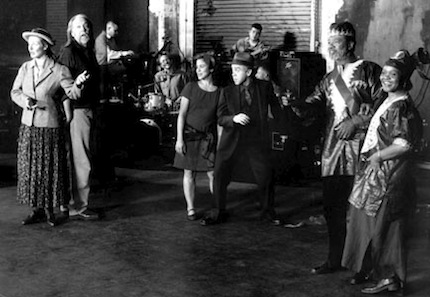 Promise of a Love Song; Roadside Theater with Pregones Theater and Junebug Productions

For the community-based arts field, the restriction to only one annual NEA application was especially problematic. Most progressive nonprofit arts organizations preferred competing for public money, because it was the people's tax money -- and they saw their work as public work. Consequently, the more developed community-based arts organizations were receiving support from multiple NEA programs. With the new single application rule, Appalshop, where I work, abruptly lost 90 percent of its federal arts funding, which represented 20 percent of its annual operating budget.

The 1997 restructuring of the NEA delivered a second punch: discipline-based knowledge and expertise -- which had been on a trajectory of becoming broader and deeper -- disappeared from the nonprofit arts discourse. A "dumbing-down" effect took hold. A good example of this regression is the limited opportunity the public now has to see new and experimental plays from different cultures and geographies -- a result of abolishing the NEA Presenting Program. Appalshop's theater wing, Roadside Theater, which I direct, lost 70 percent of its performance fee income with the collapse of the national touring market for new plays, which had been leveraged on NEA support for arts presenting as a discipline. Prior to 1997, Roadside had visited more than 1000 communities in 43 states, never failing to reach an audience reflective of the racial, economic, and cultural diversity of each host community.

"The Unreported Arts Recession of 1997" continues here, in The Roadside Theater Reading Room.
Posted by Matthew